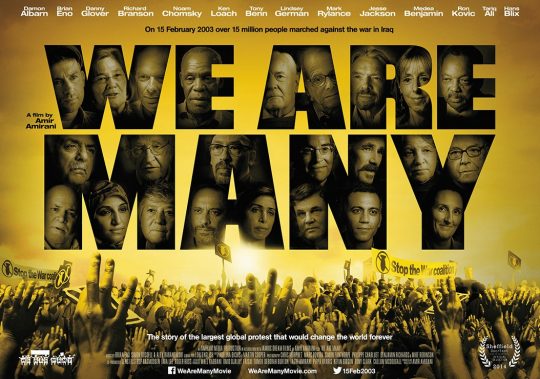 On February 15th 2003, millions of people, in over 800 cities across all seven continents, marched against the impending invasion of Iraq. It was the largest mobilization of people in human history and yet it remained an untold, little-known story.

We provided picture post production for this remarkable film. Conformed from archive from all over the world and many different formats, it was onlined in one of our DS suites. We also made a cinema DCP so the film could be premiered at the Sheffield documentary festival.