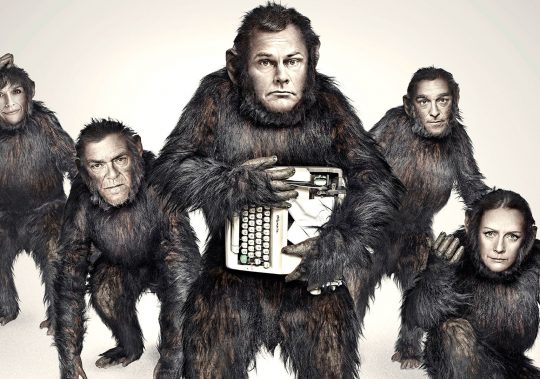 Probably our most challenging job this year. A satirical comedy drama, written, shot, edited and transmitted in a day. We had four simultaneous 2 camera shoots on the Pinewood lot. We had up to 10 Avids working on the shows at a time. Four Avid assistant stations ingesting and organising, 4 offline Avids cutting stories and 2 Avids working on the final pictures and sound simultaneously. The final sound mix and grade were all done in Avid with Baselight because of the time pressure. The shows were then transmitted from Pinewood TV?s transmission area live to C4 at the end of the day.