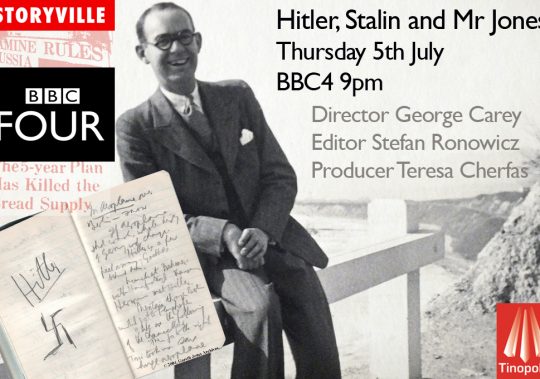 A fascinating episode in the BBC4 Storyville strand investigates the story of a Welsh journalist who once flew with Adolf Hitler, helped expose genocide in Stalin’s Soviet Union and died in mysterious circumstances.

Outpost collaborated with NarduzzoToo also based at Pinewood Studios to provide final picture post production on this programme.